The future of the industry is political

The European Fireplaces Association (EFA), holds discussions with a focus on politic issues at its autumn conference in Berlin

The autumn conference of the European Fireplaces Association (EFA), from 24th to 25th October 2019 in Berlin, fully reflected the political work of the industry in the European core market of Germany. In the direct vicinity of the chancellery and the Bundestag, the most important European representatives of the stove and chimney industry met to determine their political position. Despite the tense situation, Chairman Uwe Striegler sees an opportunity for industry and trade to actively shape the future. “The amendment of BImSchV, the introduction of the Blue Angel eco-label and the discussion about discharge conditions are issues that are just as technical as they are political,” says Striegler.

The conference programme also had a political slant. Tino Sorge, Member of the Bundestag, highlighted connection points in German federal politics. Dr. Johannes R. Gerstner, EFA Managing Director, drew attention to the necessity for unity between all the associations in Germany and offered the support of the EFA. Tim Froitzheim, ZVSHK, explained the current progress of the particulate matter and environmental debate. Dirk Böhringer, Technical Director of the EFA, expanded on the current German debate with a European perspective. Prof. Dr. Michael Mäs from the University of Groningen (Netherlands) announced a research project for the public discussion of particulate-matter-related issues, supported by the EFA.

The association is adapting to the overall situation. The EFA will strategically expand its work in Berlin, and has found a strong partner. Furthermore, a joint research proposal in the coming year will bolster the alliance of the industry, and lay the scientific foundations for future legislation. Here, the Working Group for the German Tiled Stove Industry (AdK) and the German Central Association Plumbing, Heating, and Air Conditioning (ZVSHK) have indicated their cooperation in initial discussions. Gerstner promises to make every effort to fully support new and old members alike with the political and technical work. According to Johannes Gerstner, six new members have joined the association since March 2019 alone.

The next meetings of the association were also announced: From 15th to 16th January, the continuation of the future workshop will take place in Leipzig, this time co-hosted by the ZVSHK and the AdK, among others. From 18th to 19th March, the spring conference will take place in Salzburg with support from the Austrian Association of Concrete and Precast Parts Factories (VÖB). The autumn conference 2020 is scheduled to take place on 22nd to 23rd September. 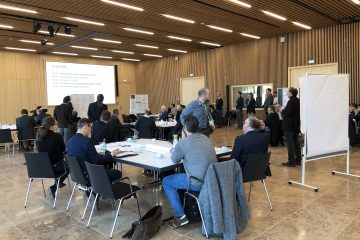 “There is no ‘business as usual’ for the industry”

At its spring conference in Leipzig, the European Fireplaces Association (EFA) addressed serious questions about the future of the industry. Professional presentations provided an insight into questions about emissions and alternatives to wood as a Read more… 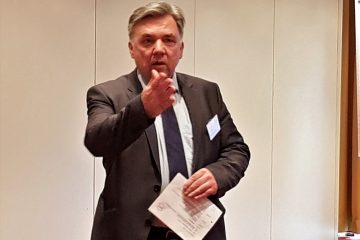